Social media and cosmetic surgery are two inventions that have created a lot of positive changes in the way we live today – but both have been accompanied by serious risks that can be extremely harmful to vulnerable people who are exposed to them in the wrong way.

At Cosmetic Surgery Solicitors, we’ve been concerned for some time that the spread of social networking and cosmetic procedures are feeding off each other in a way that’s putting the health and wellbeing of young people at risk – which is why we’ve launched a new campaign to shed light on the dangers these twin trends might be posing to vulnerable youngsters.

In the last decade or so, social media has gone from being an up-and-coming tech trend to a ubiquitous aspect of everyday life. These days, it feels like everybody has a social media account, including legions of celebrities, models and online influencers who regularly use their profiles to share details of their various beauty treatments, often in the form of advice, demonstrations and how-to guides.

One of the more worrying aspects of this cultural shift is that many of these influencers regularly talk about Botox injections, dermal fillers and chemical peels as commonplace methods of personal care, rather than as the invasive cosmetic procedures they are. This is serving to establish new beauty standards that treat cosmetic surgery as the “new normal”, creating pressure on impressionable young people to seek out risky and often inappropriate medical treatments in order to keep up with trends.

How is this trend affecting mental health?

There is real evidence that the normalisation of unrealistic, cosmetically-augmented beauty standards on popular platforms like Instagram, Snapchat and YouTube is undermining the self-esteem of vulnerable young people and creating real issues of body confidence.

In a survey we carried out in partnership with Save Face, a government-approved register of accredited cosmetic practitioners, we found that 23% of people who view images that promote or demonstrate the effects of cosmetic procedures reported up feeling worse about their own appearance as a result.

What are we doing to help?

Cosmetic Surgery Solicitors are determined to do something about this, which is why we’ve teamed up with Save Face to launch a new campaign and online petition urging the UK government to require Instagram to do more to protect young people from having unfiltered access to online content that can undermine their self-esteem and foster interest in surgical procedures that are likely to be unsuitable for them.

Our petition outlines a range of solutions, such as implementing an age restriction of 21 on verified influencer content that advertises or demonstrates the effects of cosmetic procedures, or introducing sensitive content warnings or voluntary hashtags for account holders to flag up this kind of material.

By taking the time to sign our petition, you can help to push for a solution that ensures young people will no longer be unwittingly targeted by content that creates distorted expectations and insecurities, and allows them to make informed decisions about whether they want to undergo a cosmetic procedure later in life.

Does this sound like a cause worth supporting? If you think so, then join our campaign today! 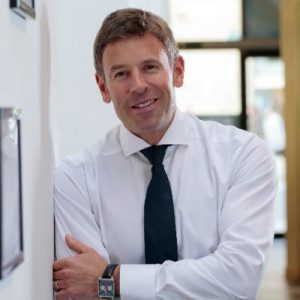 Michael Saul is a partner at Cosmetic Surgery Solicitors, the first legal team set up in 2005 to deal with substandard treatment as a result of negligent cosmetic surgery, and is a passionate advocate for ensuring patients are fully informed before undertaking cosmetic surgery. Michael is aware of the negative consequences of the lack of regulation in the industry, and takes issue with the practice of profits before patients and commerce before ethics.

Listen to our game changing podcast

Marguerita Cheng on the need for more women in STEM